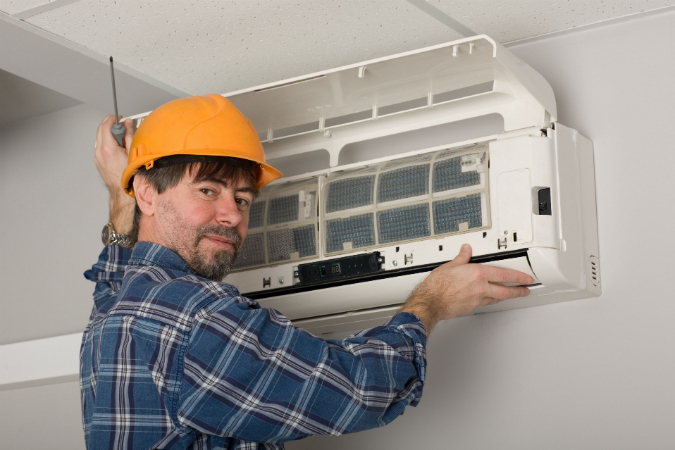 Several kinds of air conditioning equipment are available for residences, but the most prevalent are the ducted central air system as installed by an air conditioning contractor, and the window air conditioner. The ducted system provides cool air to all parts of the building that have ducts and vents, using the same equipment that the central heating system does. This is considered a split system because the compressor is located outside, near the building, while an indoor device is also installed to remove warm air in the structure. This is generally the optimum choice for cooling an entire house.

Hiring an air conditioning contractor to install central air equipment is a significant investment, but it can greatly increase satisfaction with the home. Cool air provided to all rooms is greatly appreciated. Rooms that were always excessively warm in the past because cool air from a window air conditioner didn’t reach them now are entirely comfortable. In addition, a whole-house dehumidifier can be added to the heating and cooling equipment, further boosting comfort. The device removes moisture in the system before it reaches the vents. People also like them because they aren’t noisy, although newer window models are much quieter than the older versions.

Window air conditioners are best for an apartment or small house, and for homes that don’t have ducts. Some homeowners rely on a window model while they save money to have the central air equipment installed. In many cases, homeowners choose to wait until they need a new furnace and then have central air installed at that time by a company such as Refrigeration, Heating & Cooling. This saves them money on labor charges. When homeowners really want central air but the house doesn’t have ducts, they often can have a heating and cooling contractor install ducts in a basement or crawlspace for the first floor, and in closets on other stories. Vents and return air registers are then also installed in the most effective locations. A house that has always been heated with a floor furnace or first-floor oil-burning stove, for instance, can now be equipped with a central heating furnace.